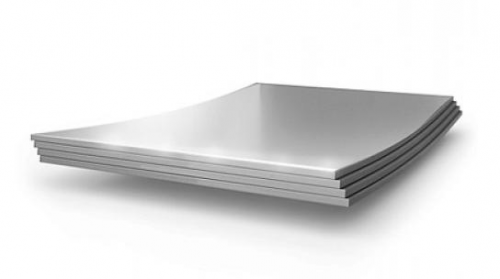 Cold rolled steel sheet obtained in the cold rolling process, characterized by a high surface quality and accuracy of the geometric dimensions. Such rolling is recommended when handling sheets of small thickness.

Cold rolling is used in cases when it is required to obtain a thin (less than 1 mm) and high precision in the parameters sheet and strip steel, which is unattainable when using HR technology. Also rolled in a cold state provides high-quality physico-chemical characteristics and surface finish of the product.

These advantages lead to the active use of this type of rolled products and in nonferrous and ferrous metallurgy present day (about half of the rolled sheets are now – it is cold-rolled sheets).

The disadvantage of this scheme is that it is much more energy-intensive than hot rolling. It is caused by the phenomenon of work hardening (in other words, deformation) of steel in the rolling process, reducing the plastic parameters of the end product. To restore them you have to additionally carry out the annealing of the metal. In addition, the described type of rental has the technology with a considerable number of different processing stages, the performance of which requires the use of multiple and technically complex equipment.

In nonferrous metallurgy cold-rolled process is essential for production of copper, aluminium sheets, strips and tapes of small thickness. More often than not it is used for the treatment of structural carbon steels up to a width of 2300 mm and a thickness of not more than 2.5 mm, without which it can not do the modern automotive industry. Rolling cold type produce almost all kinds of metal and:

As is made cold-rolled sheet?

This steel is produced from hot-rolled sheets (they can reach a thickness of 6 mm, minimum 1.8 mm) served in rolls to the site of the cold rolling. The source material on its surface has an oxide (calx). Want to remove them mandatory, as the oxides reduce the surface quality to the sheet by pressing it. Also oxide causes early breakdown of the rolls. It is clear that the first stage of technological operations of production of cold rolled becomes the removal of hot rolled sheets of this scale by one of two methods:

mechanical: the method consists in the application of shot peening the surface of the strip or the implementation of its plastic deformation;
chemicals: oxides dissolve in acids.

As a rule, both methods are used in combination. First comes the mechanical processing of the sheets (preliminary stage) in units of plastic stretching, and then chemical (basic) pickling bath containing hydrochloric or sulfuric acid. Looks more effective etching with the use of hydrochloric acid. It is faster to cope with the harmful oxides having a greater activity. And the quality of metal surface after use is much better. In addition, in the washing baths, it is fully and easily removed from the strips, which reduces the cost of cold rolled sheets.

After etching the roll material is fed on a continuous mill (with four or five stands) cold rolling, which is composed of:

On the chain conveyor steel coils are sent to the cradle where they are tightened to pinch rollers. From there the band gone on the rolls of the mill, equipped with a complex regulation of the strip thickness and the pressure hydromechanical unit (hydraulic cylinders, pressure plate screw, gauge Mendoza, pumps, regulating and control device).

Strip that runs through the stand under the mill, where they performed a compression according to the specified parameters, and then sent to the drum winder (winding on it is done with the help of zahlenteufel). After this the equipment starts to operate at full capacity with a rolling speed of not less than 25 meters per second (all previous operations are performed at speeds up to 2 m/s, which is referred to as filling). When the uncoiler is no more than two turns of the strip, the mill is again switched into the mode of filling speed.

To restore the ductility of steel and eliminate the work hardening in cold-rolled sheets (he after the procedure, cold deformation is inevitable), perform recrystallization annealing at a temperature of about 700 degrees Celsius. The procedure is long-drawn-out furnaces (they are working on a continuous circuit), or in bell-type.

Then the steel is subjected to training – small (from 0.8 to 1.5 percent) the final compression needed to make x/to the leaves specified parameters. Strip thickness from 0.3 mm trained in a single pass. This operation is characterized by the following positive properties:

Most importantly, after training on the surface of leaves do not see the lines shift (otherwise they will show through in the stamping process).

Possible defects in the manufacture of sheets by cold rolling

The flaws of x/K of the leaves are varied, they are often specific to a particular type of cold-rolled products. Due to the fact that the thickness of such sheets is substantially less than that of hot-rolled, most of their defects are associated with undulations, the longitudinal and transverse thickness variation, warpage and certain other factors, caused by failure to observe the accuracy of the shapes and parameters of the rental. Thickness variation, in particular, is called to the following causes:

Often occurs such a defect as a discontinuity of steel (the appearance of slivers, cracks, holes, delamination, torn edges). It is usually caused by poor quality starting material. Also quite often recorded variations in physico-chemical parameters and the structure of the metal, which arise due to violations of the heat treatment regimes of the leaves.
The cold-rolled sheet GOST 16523-89

Sheet of Kh/K, the supply of which is realized by our company are manufactured in accordance with the requirements of GOST 16523-89. This cold-rolled steel General purpose, obtained from sheet metal by way of cold rolling. Comes with cut edge. The minimum width of the sheet of Kh/K is 500mm, with a maximum thickness of 3.9 mm.

Depending on the time of the resistance of the sheet of Kh/K for the production of the products used:

quality carbon steel of the following grades: К260В, К270В, К310В, К330В, К350В, К390В, К490В. Chemical composition of steel is determined according to GOST 1050-88. Standard the lower limit of the proportion of silicon and carbon is absent;
carbon steel of common quality such groups strengths: ОК300В, ОК360В, ОК370В, ОК400В. To regulate the chemical composition of GOST used 380-2005. Steel ОК300В the lower limit of carbon is not limited, and the amount of copper, Nickel, and chromium determined by the user. Rolled steel ОК360В, ОК370В, ОК400В may have reduced the proportion of manganese is 0.10%. If the steel for the production of a sheet of Kh/K brand PS is oxidized by aluminium or other compounds without silicon, the proportion of silicon may be less than 0.05%.

Sheet of Kh/K for the normalized characteristics is divided into 6 categories. Manufacturers produce sheets of x/K with different surface finishes. Each type has its own marking:

Requirements for the quality of the sheets to

Sheet of Kh/K is used in various fields where very important to the quality of the product. Leaves to pass tests:

Leaves x/C must not have cracks or other defects in locations of the bend. On edges should not be damaged with a depth of more than 1/2 of the maximum deviations in width. Also excluded are inversions of edges greater than 90 degrees. On the surface of the sheet of Kh/K should not be films, tubercles, including rolled, scratches, scale, puretravel and nedoresov, foreign elements. Invalid partial and complete breaks, delamination.

The leaves of x/K with a high finish (II) there should be no defects with a depth of more than 1/2 of the maximum deviation in thickness. At a distance of over 50mm from the edge of the sheet should not be rainbow of colors that appear on the metal in the formation of the oxide film. Face smooth, without scratches longer than 50mm. Leaves to elevated finish (III) on both sides - no damage with a depth of more than half of the maximum deviations. The leaves IIIa iridescent colors not valid on more than 200mm from the edge, IIIB — colors can be all over the sheet.

The advantages of working with JSC "Uraltekhmarket"

JSC "URALTEKHMARKET" is a team of qualified professionals.
The main objective of which is acquisition of enterprises products.
We work with companies in all sectors hozyayst.
Take on the role of OMTS.
Specilities in a more focused segment, we guarantee the optimum solution of tasks of any complexity.
This approach allows to minimize the cost of materials and logistics.